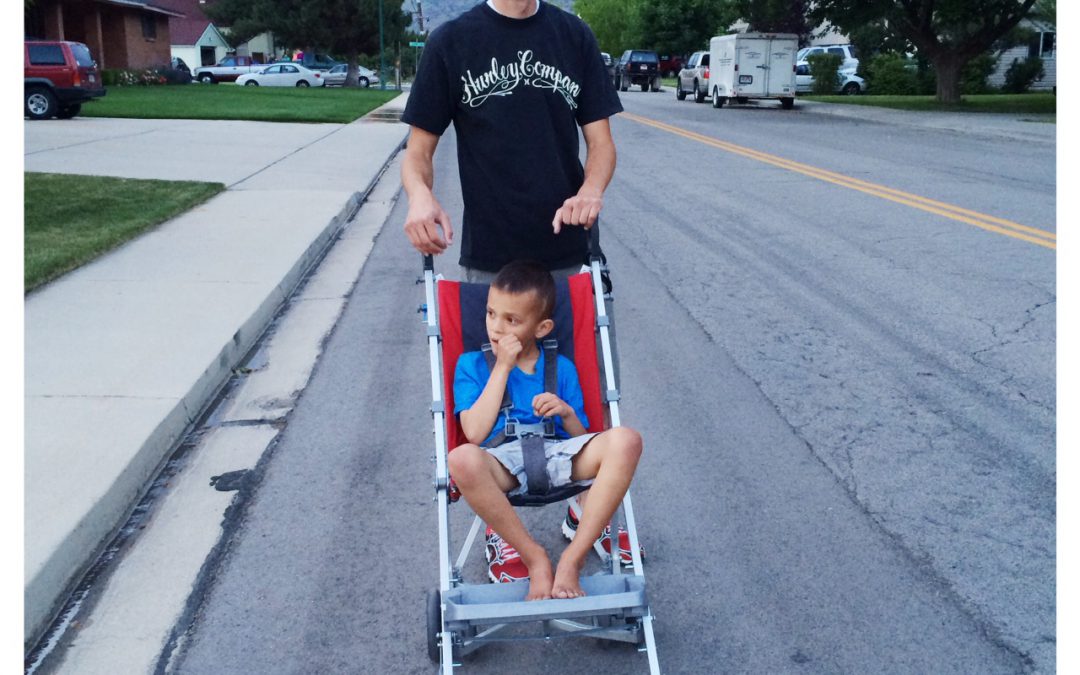 Cole has been diagnosed with Epilepsy, Infantile Spasms, and Cortical Dysplasia. In addition, he had to have almost half of his brain removed because he was having 150+ seizures a day. With the assistance of his Maclaren Major Elite Stroller, Cole’s parents are able to take him for walks to enjoy the beautiful weather outside. Cole’s mother writes:

“Cole was diagnosed with Epilepsy, West Syndrome/Infantile Spasms (a catastrophic childhood epilepsy), and Cortical Dysplasia (where his brain didn’t fully form in Utero). He had brain surgery when he was 3 to remove the Left Temporal, Occipital, and part of his Parietal Lobes, which is almost 1/2 of his brain, because he was having 100’s of seizures a day. He is cognitively a 10 to 18-month-old because of the severity of the seizures and damage left behind. He outgrew his stroller, and we were desperate for a stroller that would fit him. Thanks to My Gym Challenged America, we are able to leave the house again! We take it grocery shopping, church, restaurants (because he needs to be strapped in at public places), walks, etc. Thank you SO MUCH for helping our family!!!!!”